WESTERN MEDICAL KNOWLEDGE: Cerebral apoplexy, cerebrovascular accident (CVA) is caused by the destruction of brain substance resulting from intracerebral hemorrhage, thrombosis, embolism, or vascular insufficiency. CVAs, the most common brain disease, occurs equally in males and females of any age. Cerebral hemorrhage is most common after 50 and cerebral thrombosis after 60. The incidence of cerebral embolism is more evenly distributed from ages 20 to 70, but is greatest after 40.

The pathology is that intracerebral hemorrhage destroys the parenchyma; cerebral thrombosis or embolism causes necrosis of the parenchyma (infarction, encephalomalcia) in the area supplied by the occluded vessel. If the embolus is septic and infection spreads beyond the vessel wall, encephalitis, brain abscess, or meningitis may result.

Specific symptoms are determined by the site of the lesion. Cerebral hemorrhage is most common in the region of the thalamus and internal capsule, and is usually accompanied by severe hemiplegia, hemianesthesia, speech disturbance, and sometimes hemianopsia. Since the middle cerebral artery or its branches are frequently the site of thrombosis or embolism, common symptoms are hemiplegia (affecting the arm more than the leg) and cortical sensory loss in the affected limbs. Various disturbances (e.g., aphasia and apraxia) may follow damage to the dominant hemisphere.

Signs of cerebrovascular lesions may develop suddenly and reach maximum intensity within a few minutes. Signs progressing for several hours indicate spreading hemorrhage, propagation of thrombosis to another tributary, or edema secondary to hemonilage or brain softening.

The patient may be in deep coma and hemiplegia can be shown only by the failure to withdraw an arm or leg from vigorous stimulation. In the conscious patient, the extent of the cerebral defect can be ascertained by neurologic examination.

SYMPTOMS AND SIGNS: In TCM, wind stroke has two types according to the degree of severity:

ETIOLOGY AND PATHOLOGY: The fundamental factors are the deficiency of Qi, blood, and the imbalance of Yin-Yang in the major organs, such as heart, liver, and kidneys. Other factors are due to the prolonged strong unstable emotions; or excessive food and alcoholic drinks; excessive sexual activities; or some other exogenous factors, such as wind, cold or cold factors. Those combined factors cause the deficiency or malnourishment of channels and collaterals; or deficient excessive Yang combined with phlegm and fire attacking upward due to the yin deficiency of liver and kidney. All these changes create an excessive state in the upper body and a deficient state in the lower body; furthering the disconnections of Yin and Yang.

Generally speaking, the pathological factors can be categorized as the following: deficiency (Yin and Qi), fire (liver and heart fire), wind (of liver, and exogenous wind), phlegm (wind-phlegm, damp-phlegm), Qi (rebellious Qi), blood (stagnant blood). The fundamental factor is the deficiency of liver and kidney.

(1). Wind Attacking due to the Deficiency of Channels and Collaterals:

Indications: Numbnessoffourlimbsorskin, or sudden deviation of mouth and eyes, speech difficulty, loss of control of saliva, or hemiplegia, or accompanied with fever, aversion to cold, or spasm of four extremities, sore and painful joints, white and thin coating, floating and wiry, or thready and wiry pulse.

Treatment & Formulas: Dispel wind and promote the circulations of channels and collaterals, Tonify the blood and harmonize the tension of channels.

(2). Wind Attacking due to the Yin Deficiency of Liver and Kidney:

Treatment & Formulas: Tonify the liver and kidney Yin, harmonize and sedate the excessive liver Qi and dispel wind. The following herbs may be used individually or combined together.

2. Wind Attacks the Zang-fu Organs: Both tense and flaccid types belong to the severe and emergency type. Western medicine and modem facilities, or acupuncture and moxibustions are strongly advised and recommended.

(1). Hemiplegia due to the Qi Deficiency and Blood Stagnation:

Treatment & Formulas: Tonify the Qi and blood, promote the circulations.

(2). Hemiplegia due to Excessive Liver Yang caused by the deficiency of liver and Kidney Yin:

Use same treatment and formulas like Wind Attacking due to the Yin Deficiency of Liver and Kidney.

(3). Aphasia due to the Obstruction of Wind-phlegm:

(4). Aphasia due to Kidney Essence Deficiency:

(5). Aphasia due to Excessive Liver Yang: 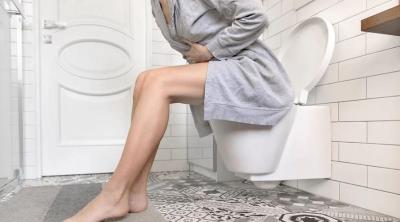